THE SOLAR AGRICULTURE SAVE THE MODERN FARMING INDUSTRY
Delease Date:2021-01-23

A farmer' s life has always been one of hard toil and many challenges. It' s no revelation to say in 2020 there are more challenges than ever before for farmers and the industry as a whole. Their causes are complex and diverse, and the realities of technological advancement and globalization have oftentimes added additional ordeals to their existence.
But it can' t be overlooked such phenomena has also brought many benefits to farming. So even though the industry looks upon a new decade with greater hurdles for its survival than ever before, there' s also the promise of emerging technology coming into mass use. Technology that can help farmers not only sustain, but thrive. Solar is an essential part of this new dynamic.
From the 1800s to 2020
The way the demand for agricultural exports operates has changed, some have benefited—and benefited massively from such a change—as farms that produce world-class “clean and green” goods now have a truly international market to export to. It' s expected the survival of farming as a viable career and economic model will have growing urgency, locally and globally. It is here that solar could be such an important element going forward. 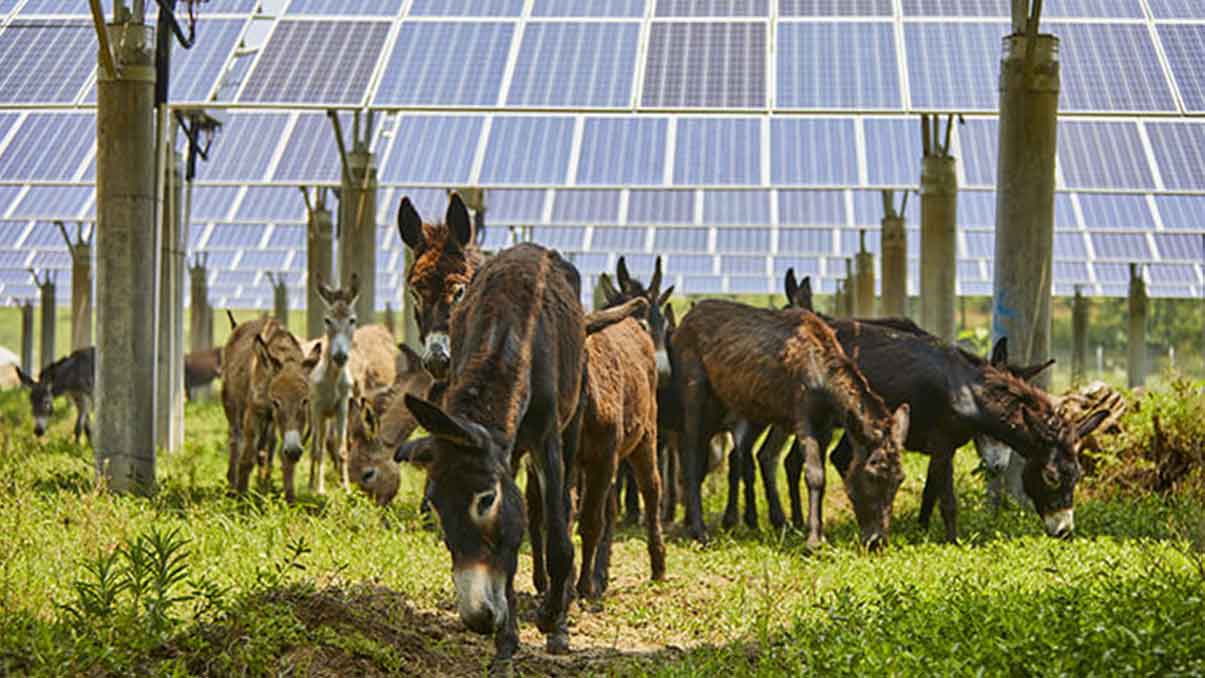 Solar as a savior?
Solar agriculture (AKA “agrophotovoltaics” and “dual-use farming”) allows farmers to install solar panels that offer a way to make their energy use more efficient, and directly enhance their farming capabilities. For farmers with small tracts of land especially—like is commonly seen in France—solar agriculture provides a way to offset energy bills, reduce their use of fossil fuels, and breathe new life into existing operations.
In fact, according to a finding in recent years, Germany' s Fraunhofer Institute in monitoring experimental operations within the Lake Constance region of the nation, agrophotovoltaics increased farm productivity by 160% when compared to an operation that was not dual-use across the same period.
Like the solar industry as a whole, agrophotovoltaics remains young. However, alongside installations already in full operation around the world, there' s been numerous trial projects in France, Italy, Croatia, the USA, and beyond. Crops not only grow successfully under such setups but can see their growth season extended thanks to the optimal conditions dual-use offers, providing additional warmth in winter and cooler climates in summer. A study in India' s Maharashtra region found crop yields of up to 40% higher thanks to the reduced evaporation and extra shading an agrophotovoltaics installation provided.
We look forward to advancements in solar agriculture that allow solar arrays and agriculture to co-exist, with mutual benefits to the agriculture and energy industries.